Distinguishing between black and grey-headed flying-foxes

The two species are roughly the same size.  Check the colour. However individuals of both species can have large variations in colouring, so if in doubt, look at the legs and collar.

Generally, the black flying-fox is darker, almost jet black, with little or no lighter collar.
The grey-headed flying-fox is lighter coloured, typically grey, and usually has a brownish-red collar encircling its neck.

Greys’ legs are furred to the ankle;
Blacks’ leg fur on the inside of their leg stops at their knees 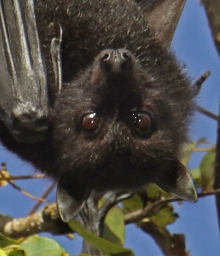 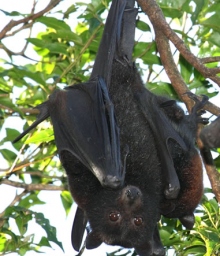